Good morning. I am working at SBS broadcasting station in Korea.

Six months have passed since CARPAR CG was introduced into the broadcasting environment that was produced in the traditional way using VCR.

In the morning and evening live broadcasts from Monday to Friday, CASPARCG plays a great role as an MXF file player.
I used version 2.3.3, and all the files that the over-the-air broadcasters have are interlaced MXF files.

The version uploaded on GIT could not be used as it was, and with the help of the R&D department, we solved the NTSC audio problem, and the interlaced source file was able to solve the FIELD ORDER problem.

The core algorithm was to ensure that the TOP field tag recorded in the source file is preserved and transferred from the producer to the consumer.

A GUI program was produced using AUTOHOTKEY, and an OSC decoder was made using PYTHON.
PYTHON acts as a bridge between CASPARCG and GUI, shows audio level meters, and helps playlist play.

For those who are familiar with the VCR’s CHARACTER OUT, I have created an HTML page to display the TC.

A separate controller was also produced and connected by arranging the buttons in the same way as the EVS MPLAY.

It was never easy for the broadcasting technology staff to introduce new equipment.
It was only possible to introduce the UI and hardware as possible in the same way as the existing method.

Anyway, CASPARCG is fully certified by Korean SBS broadcasting company and there are plans to introduce more in the future.

Thank you to all of you who helped develop and improve CASPARCG and this forum. 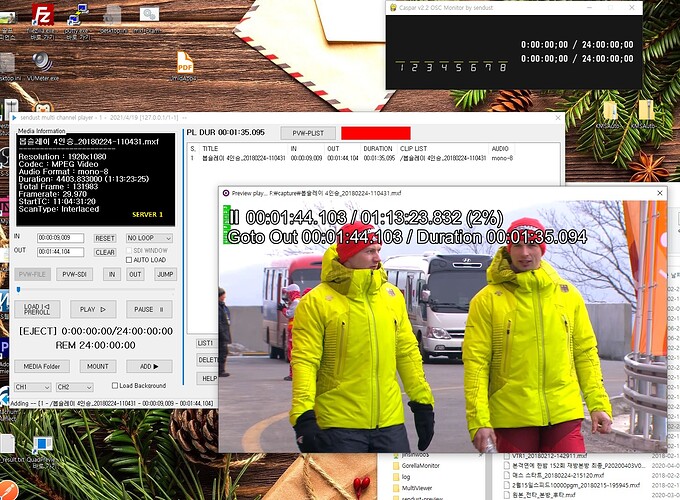 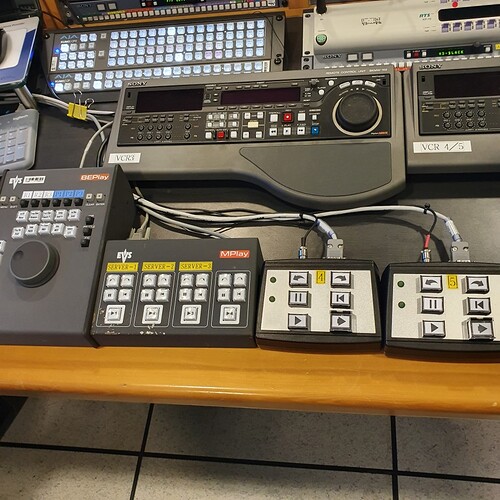 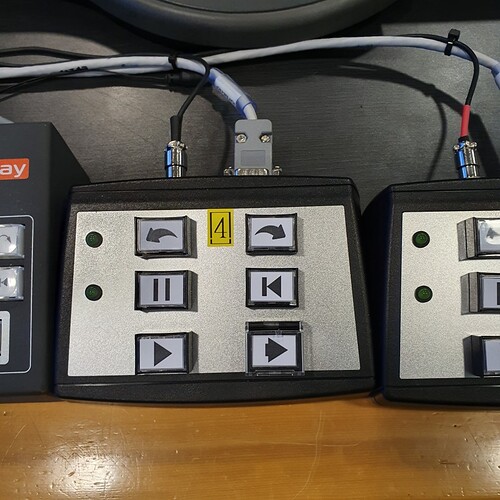 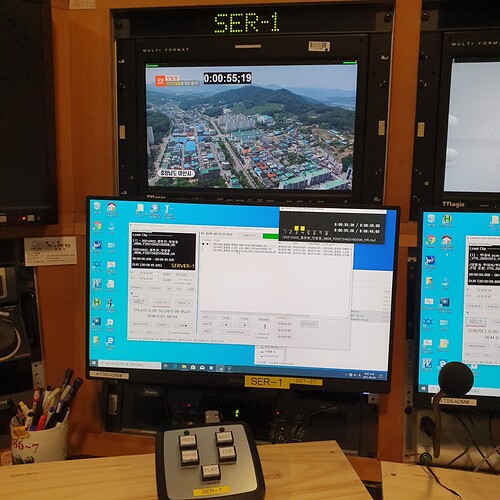 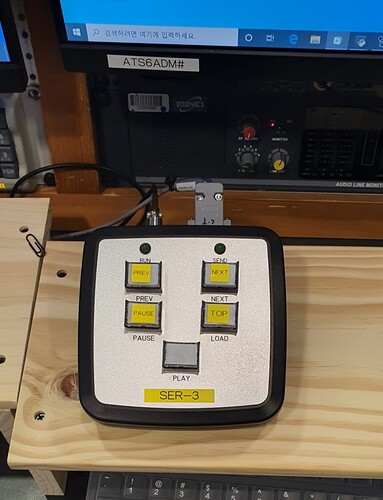