I’m looking to do a driver mapping graphic like how F1 does. What would be the easiest way to achieve the same result in casparcg? I was thinking you could probably use GPS data in some way to correlate on track position? Or possibly even doing an image sequence and then somehow getting a variable from the vehicle to determine percent complete of track to move the image sequence along? 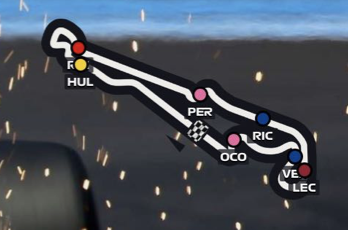 I’ve done stuff like this with HTML templates and GPS trackers (though they usually update slow, best I found was 30 seconds). Also I’ve done it with Android phones and GPSLogger (need to get that from the F-Droid store), an added benefit is that you can use the phones camera also via apps like Larix Broadcaster. That allowed me to get the delay down to seconds. Many trackers (and GPSLogger) can be setup to fire location updates to a HTTP endpoint. I simply setup the endpoint to fire it instantly out on a websocket that was used to update the maps in a HTML template.

I would always recommend using an Android rather any cheap/medium priced GPS tracker.

Thanks for the insight. I’ll look into GPSLogger and try that out!

mylaps could be a option too